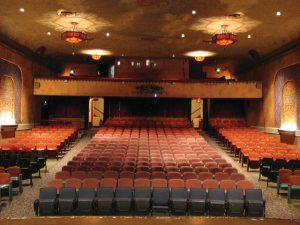 If you enjoy live theater, the Space Coast has many options to take in the pleasures of attending a show.

For those who get it, comedies, dramas, and musicals are sometimes best experienced by watching actors tell their stories on the stage in front of a live audience.

The Brevard County theater scene has been growing in recent years, and now there are several options for theater buffs looking to see a professional-quality performance.

Vote Up Your Favorites. Places below are listed by number of votes.