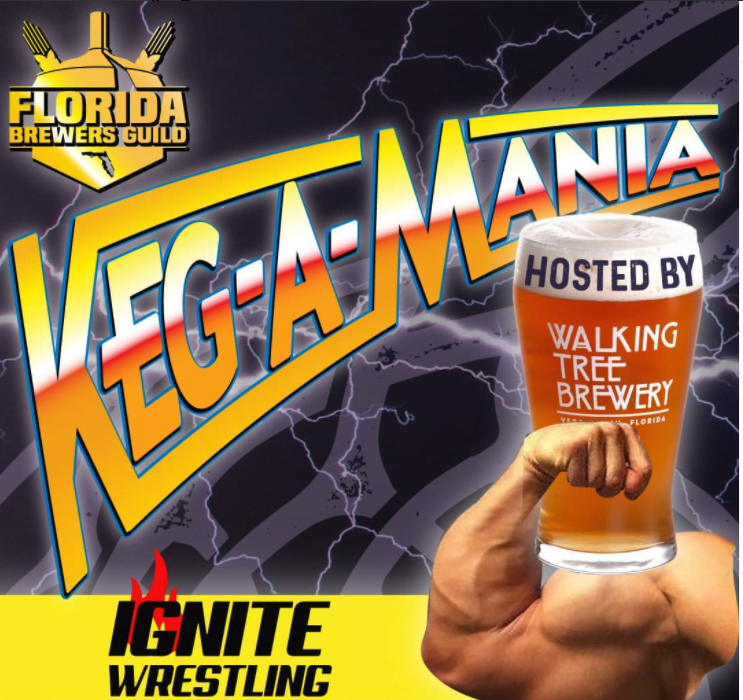 Join the Florida Brewers Guild on January 15th , 2022 at Walking Tree Brewery for Keg-A-Mania 2022!
This Wrestling Brewfest will feature 35 breweries, live wrestling by Ignite Wrestling, with 100% of the proceeds benefitting the Florida Brewers Guild.
We’re hoping you’ll come drop the peoples elbow and name the Keg-A-Mania Champion! Fest goers will be voting for their favorite brew, and that brewery will take home the Keg-A-Mania Championship Belt!
Fest runs from 1pm to 5pm, with Wrestling 2-4pm, live music before and after wrestling, plus multiple food trucks on site.