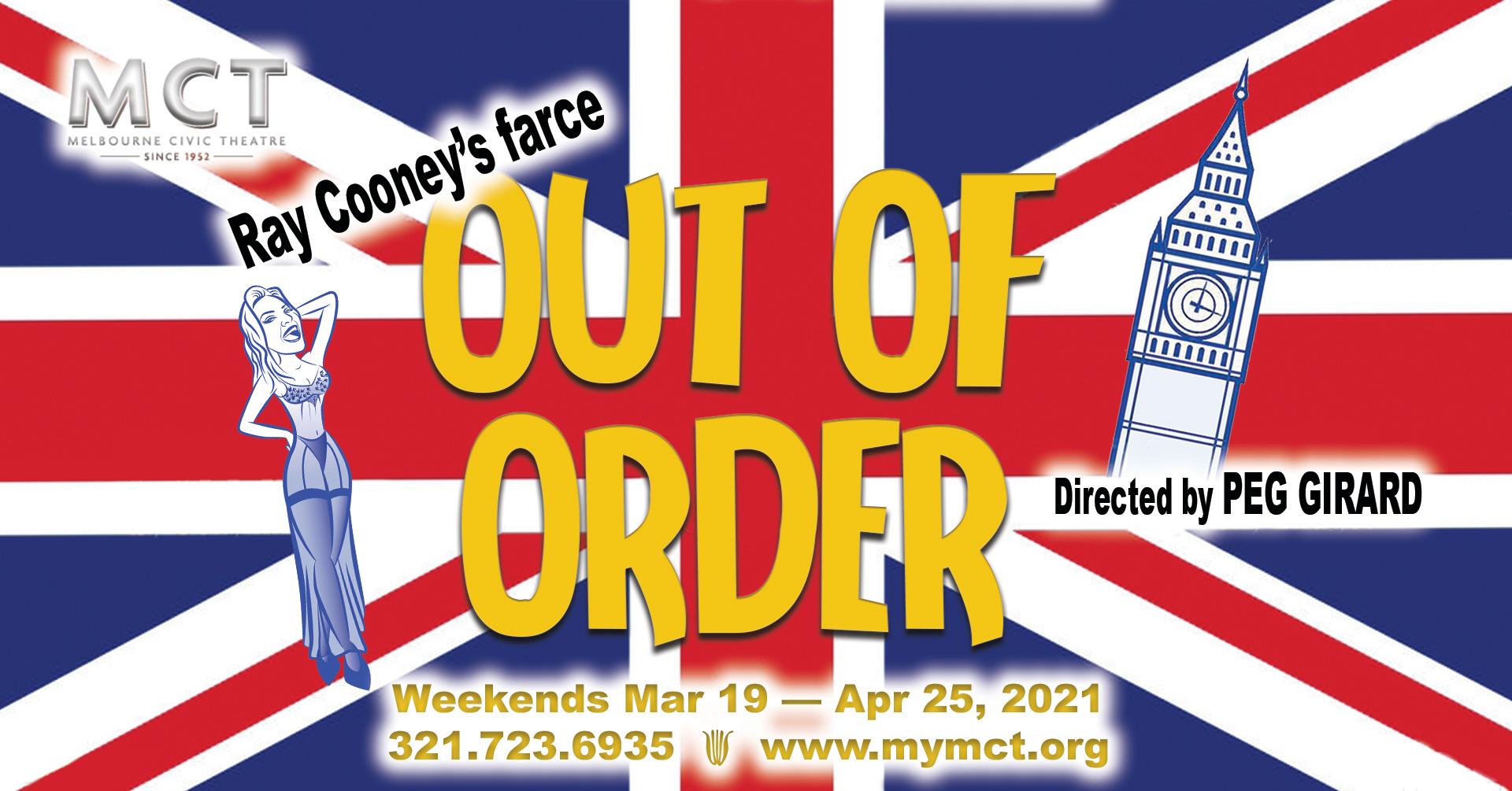 MCT’s production of Out of Order by Ray Cooney

Out of Order
A Farce by: Ray Cooney
The Synopsis: A screwball Ray Cooney farce that showcases the antics of a wild bevy of characters and an even wilder plot line. The story begins with a married Conservative Junior Minister, Richard Willey, and his secretary as they attempt a clandestine tryst in a posh London hotel. Upon discovery of a dead body hanging out of their window, Mr. Willey improvises a tangled web of outright hilarious lies to protect his political reputation and the secret of his adultery.

The show runs for 6 weeks beginning on March 19 thru April 25 every Friday and Saturday at 8 p.m. and Sundays at 2 p.m. (Saturday April 10th 2pm matinee only).