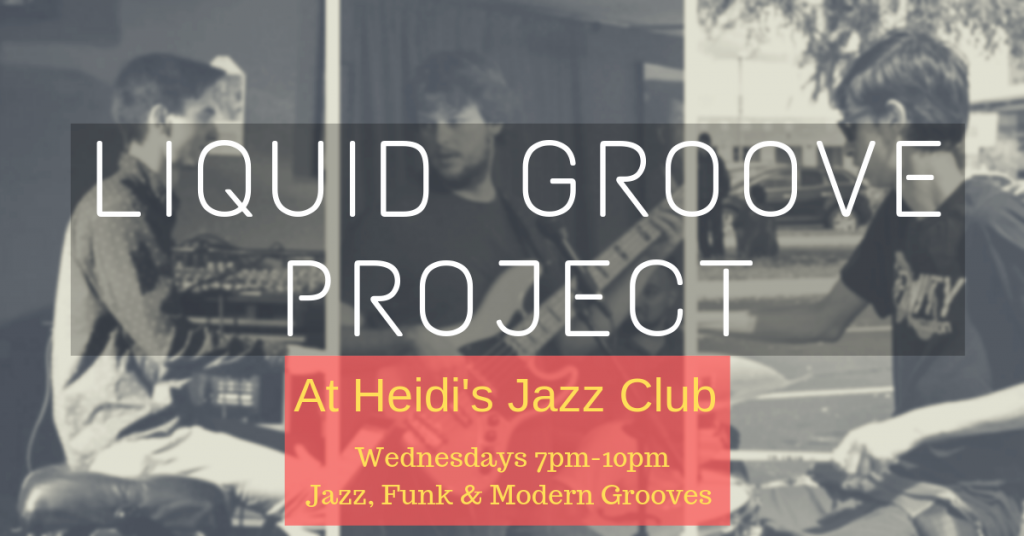 Heidi’s Jazz Club is pleased to announce the addition of a fresh, young group of talent to their entertainment roster performing Wednesdays from 7 p.m.-10 p.m.

The group calls themselves the Liquid Groove Project and is led by pianist Connor Mahoney, a student of longtime house pianist at Heidi’s Jazz Club, Ron Teixeira.

“We are going for a very different vibe than I think Heidi’s, or really this area, is used to. At its core, jazz is about spontaneity and improvisation. We’re using that framework to put a fresh spin on familiar tunes across genres labels,” Mahoney said.

Drummer Jai Price, makes the trip from Clermont to be a part of the group as its youngest member. Price has performed with jazz legends such as Delfeayo Marsalis and Jackie Jones and was recently accepted as a member of the acclaimed Infinity Percussion.

Rounding out the core trio on bass, Zachary Greene owes his start to the jazz program at Eau Gallie Highschool. He is a graduate of The University of Central Florida studying under Richard Drexler of The Woody Herman Orchastra fame.

“Besides the trio we always feature a special performer. Melding their repertoire with our sound is part of the fun!” Mahoney said.

Reservations for Wednesday night can be made online at heidisjazzclub.com or by calling (321) 783-6806. The Liquid Groove Project can be followed at facebook.com/LiquidGrooveProject. 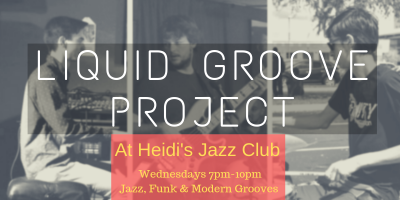 END_OF_DOCUMENT_TOKEN_TO_BE_REPLACED

An event every week that begins at 7:30pm on Tuesday, repeating indefinitely